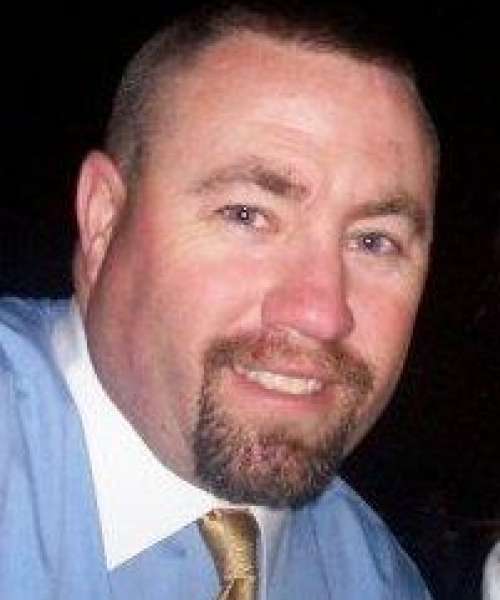 Brent Pfeiffer, a life-long resident of Kent, Ohio, is a third generation marketing educator and DECA advisor. Brent is a 1989 graduate of Theodore Roosevelt High School in Kent and a 1994 graduate of Kent State University; Pfeiffer also received his M.Ed. in 2004 from Kent State. Upon graduating from Kent, Brent used his marketing degree to pursue a career in sales working with John Hancock Financial Services and MCI Telecommunications before following the family legacy of teaching after his father’s untimely death in 1995.

Pfeiffer’s grandfather Paul was an Emeritus marketing professor at Kent State University and his great-uncle, Kenneth (Paul’s brother), was the State Supervisor of Distributive Education and DECA in Pennsylvania for most of his career. Brent’s father, Richard, founded Roosevelt’s award-winning Marketing and DECA program in 1967. During Brent’s tenure, the program has grown from a one-year program to a two-year program that has been internationally recognized as one of the top programs for entrepreneurial studies. During his 20 year tenure, Pfeiffer’s students have raised close to $500,000 for school, community, and philanthropic projects.

Throughout his career, Pfeiffer has worn many hats; he has worked as an assistant golf professional at area golf courses for 15 years, and has coached golf at Roosevelt for 18 years where he led the Rough Riders to seven consecutive league titles. Brent is also an assistant ice hockey coach at Roosevelt where he just finished his tenth season as an assistant with the team. He currently works part-time for the TaylorMade Golf Company in outside sales with his twin brother, David.

Committed to public service, Pfeiffer has volunteered on numerous boards, including fifteen years on the Ohio DECA Executive Council and Board of Directors, three years on the Kent Cyclones Youth Hockey Board of Directors, and is currently on the Advisory Board for Kent State’s LaunchNET, an entrepreneurial initiative that provides counseling to students, faculty, and alumni looking to bring ideas, inventions, and businesses to life. Pfeiffer has also served on Ohio Department of Education curriculum and assessment boards to develop the statewide entrepreneurship curriculum standards and testing. Most recently, he has served on an international panel of teachers and professors for DECA’s Competitive Events Task Force which was tasked with the revision, addition, modification, and improvement of DECA’s entrepreneurship events.

Brent and his wife of 23 years, Erika reside in Kent with their two children, Paige and Coulter.